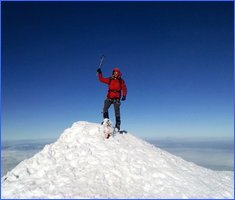 Note, during the COVID-19 situation we have extremely limited availability and only run this as a custom program with 2 or more climbers.